Through the collective bargaining process with our Unionized Employer partners, IUPAT District Council 39 strives to provide the greatest quality of life for our members and their families; Our focus is driven by ensuring our members receive a fair wage and the best health and retirement benefits our respective industries have to offer. 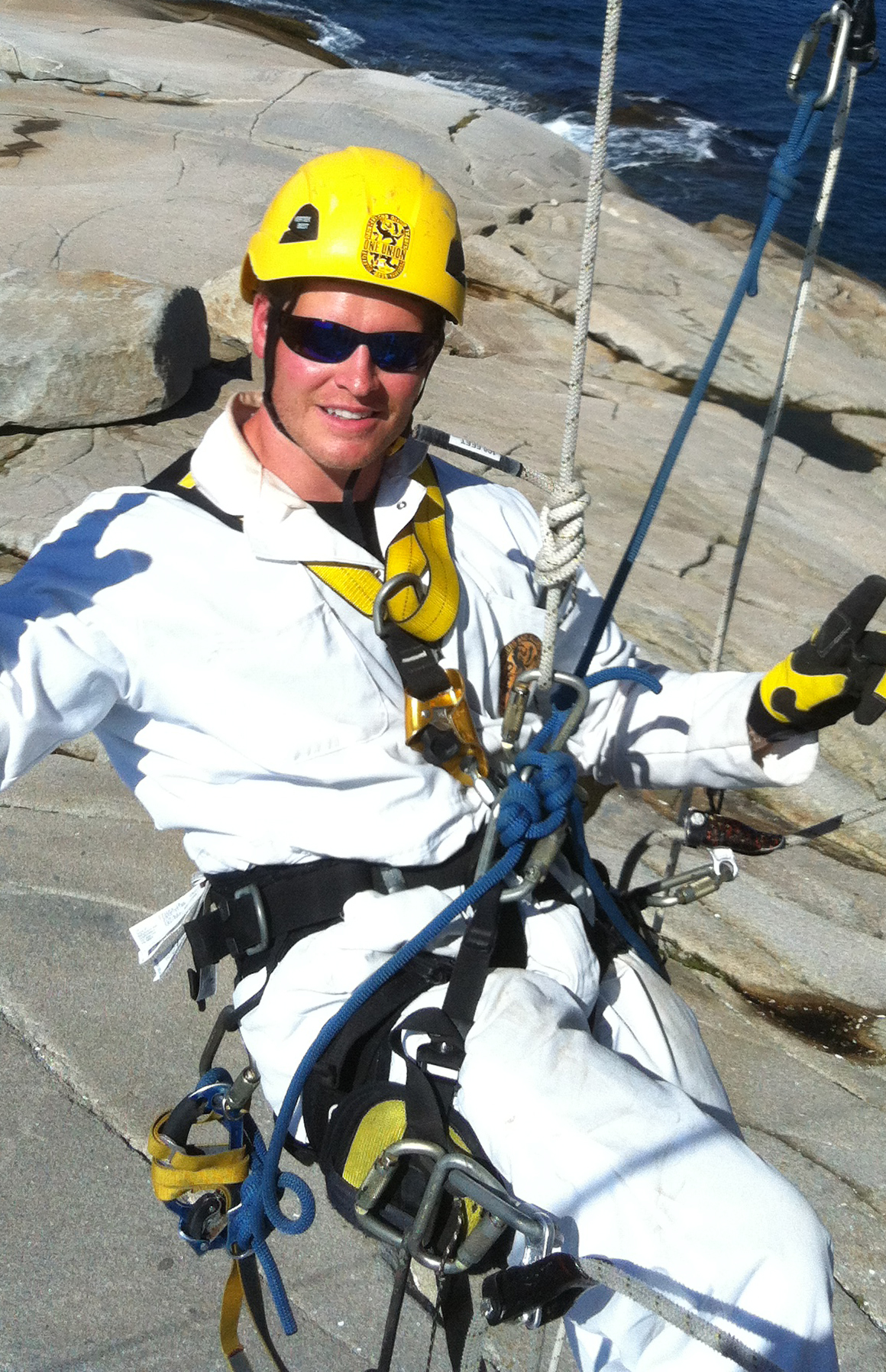 in the role of BM/ST, Jonathan is District Councils 39's:

- Chairman of the Board of Trustees for the IUPAT Atlantic Provinces Benefit Trust, which is responsible for administrating the Health and Welfare program for members of District Council 39.

- Chairman of the Board of Trustees for the IUPAT Atlantic Provinces Joint Apprenticeship Training Fund, which is responsible for operating the Finishing-Trades training program in Atlantic Canada.

Jonathan is also actively involved in the construction industry in other capacities, including:

- Delegate to the Nova Scotia Construction Sector Council (2006-current) appointed by the CBIBCTC.

Initiated into the Halifax Local in 1998 as an Apprentice Industrial Painter, Jonathan began his career preparing ships for coating application at the Halifax Ocean Terminals and later specialized in open-steel work as an Industrial Bridge Painter for the Halifax Harbour Bridge Commission.

While working as a full-time painter during the painting season, he worked towards a University degree during the fall and winter months and graduated from Dalhousie University with a BCS degree in 2004.

After having been appointed positions such as Foreman and Union Steward on various construction projects, he earned a greater appreciation for the Union's structure. In 2005, he was appointed Director of Apprenticeship and Training for IUPAT District Council 39. Jonathan continued in the role of Training Director until 2010 when he was nominated and elected as the Business Manager/Secretary-Treasurer of IUPAT DC39. He has since completed the Leadership Training Series at the U.S. National Labor College.

to be the best possible crafts people working in the finishing trades industry in Atlantic Canada."

District Council 39 has Business Representatives working on behalf of our members throughout Nova Scotia, New Brunswick, Prince Edward Island and Newfoundland and Labrador.

Wilf is the Business Representative for Local 1439 and Local 1949 (Dockyard Local). He began in the painting trade in 1980 and became a member of Local 1439 in 1981. He was a Foreman and Union Steward on various construction projects and worked in many different industrialized setting throughout his career as an Industrial Painter. One of his most memorable projects was working on the Sable offshore energy project; it is located 175 km offshore and was a remote and challenging experience. In 2003 Wilf was elected Business Representative for the province of Nova Scotia.

Keith is the Business Representative for Local 1945. He began in the trade as a Commercial and Industrial Painter in 1976. His career on the tools saw him on jobs like the large Pulp and Paper Mill in Point Tupper, and others. In 2000 he became President of IUPAT DC39 and in 2008 he was appointed as a Business Representative for Cape Breton Island.

Claude is the Business Representative for Local 1151 and Local 1936. Prior to being a Business Representative, he took on the role of Organizer for DC39 for two years. A Red Seal Industrial Painter by trade, Claude started his apprenticeship in 1991 and was a full Journeyman by 1995. His career on the tools took him to many pulp and paper mills, power plants, refineries, other industrial sites.

Scott has over 25 years of experience in the construction industry. Over the years he has worked on a wide variety of industrial, commercial and residential projects. He brings an impressive hands-on work history and skills knowledge to his current role.

Scott is dedicated to serving the needs of our membership. He has a strong history of Union involvement dating back to 2005 and credits his Union participation with creating professional opportunities for himself such as shop steward, site foreman and skills instructor. He firmly believes that educating unrepresented workers about the benefits of Union membership and encouraging and facilitating workers to become members of the IUPAT is the best way to elevate them and the finishing trades.

Scott’s personal mission is to grow the IUPAT by spreading the Union’s message and promise of a better life to unrepresented workers in the finishing trades, and by working collaboratively with union contractors and developers to increase job opportunities for Union members. He sees this as the keys to our Union’s success.

Unionism provides a better way of life for workers and their families by providing better wages, retirement savings, health benefits, and safer working conditions. Scott encourages all his working Brothers and Sisters to rise to the challenge of improving their professional lives and the lives of their families by becoming active in the IUPAT.